David Williams is a third-generation first responder taking a second step in his career.

According to him the Westerville (Ohio) Fire Department and its people are, “great influences in my life… influences that really helped me get through life,” but he was ready to leave the physical demands of firefighting behind after 30 years. He isn’t completely sure what his next steps are, but he knows it is time.

“I'm going to be able to retire in less than a year now, and what do I do?”

He decided that Albany Law School’s Online Graduate Programs were part of the answer. 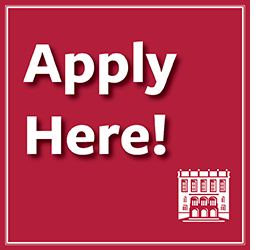 Now, the current Chief Fire Marshal stationed just north of Columbus, is on track to graduate with two M.S. degrees – one in Cybersecurity and Data Privacy and the other in Financial Compliance and Risk Management – next summer.

The fit with Albany Law was natural. In his current role, Williams combines leadership, support, code enforcement, labor dispute resolution, negotiations, and assisting with conducting investigations daily which are all strengths that are needed for a law degree of any kind.

“As part of the management team at the fire department we have 100 members here that are union employees, so I deal with legal matters with labor law, contract negotiations, disciplinary hearings, and more. We are a tax-funded fire department so I'm also involved in funding and budgeting,” he said about his central Ohio department. “One of the benefits to running the investigation unit here is that we are tied in deep with our detective bureau, so there's a lot of intermingling of the things we do and how we do it, so I get to work with a lot of their criminal investigations also.”

The flexibility of the program – ranked one of the most flexible in the nation – was key to Williams’ too as he had to balance the two programs, his intense job, and a family life. But some things are worth it.

“I schedule four hours a night for study, and that's how I work it out. After the first class, the first two classes, you understand the program. I have it planned out and I set that time aside so everything gets turned in when it’s due,” he said.

“I'm on call 24 hours a day, seven days a week, whether I'm on vacation, on a day off, it doesn't matter. I'm required to come into work under certain circumstances. I got a little quote over here on my desk. It's ‘Everything you do is training for the next thing’ So, what do you want? What do you want in life? Are you prepared to make a sacrifice? In this case, it's some sleep, right?”

Our program is designed to provide financial services professionals with the knowledge and skills to navigate the rapidly evolving industry. With financial technology, the blockchain, the gig economy, and big tech's continued growth, corporations need regulatory- and policy-minded professionals now more than ever!

Throughout the process, the academics have been fulfilling and the faculty and classmates have been a great support system.

“The one thing that I have been absolutely impressed with—this isn't the first time I've done online education—I have spoken to every professor I've had personally which has never happened at any place else. I was speaking to my professor on a Sunday afternoon because I realized I did not know what I was talking about as I was doing some work and I could hear his kids in the background. I could hear his family doing their family things as he can hear my family doing my family things, and there was no rush, no rush about it. It was just wonderful, and that means a lot to me,” he said.

After a career in public service Williams feels like he is prepared for anything, even if he’s not exactly sure what the next step is.

“I think if I had a dream it would be to work with corporate attorneys in mergers and acquisitions, doing the background work, doing the legwork, the investigatory work to bring that to fruition. That would be the ultimate. I think that would be awesome,” he said.

Our graduate programs include master’s degree, advanced certificate, and LL.M. degree tracks. Study around your schedule by enrolling in one of our 100% online programs.