Watkins ’70: A career in faith, law, and friendship 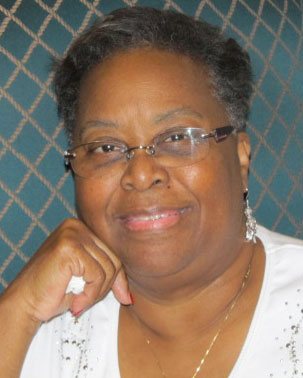 Harriet Tucker Watkins ‘70, the first African American woman to graduate from Albany Law School, kept every friend she ever made until she passed away in 2015, according to her husband, Judge Henry G. Watkins.

“She was an avid letter writer. Every friend she met, stayed a friend, she kept in touch,” he said.
“When I was a regional immigration judge, I had 31 offices. She made friends at everyone and kept those friends after we left. She maintained contact with people. She’d even perform their marriage ceremonies later on. Once a friend, always a friend with Harriet.”

Harriet Tucker Watkins was born in Albany on July 21, 1944 to parents from the south and moved to Upstate New York later in life. Harriet was the eldest, she had two sisters Beverly and Alicia and a brother Charles.

She initially pursued a law degree at Howard University School of Law. She found it wasn’t a good fit and wanted to continue her degree at Albany Law School to be closer to her family.
She became the first African American woman to graduate as well as the first woman to become a first prize winner in the annual Senior Practice Trial Contest.

After law school, Watkins had a fifteen-year career working as counsel for various federal departments including the U.S. Department of Justice, National Science Foundation, and other federal agencies. She also taught some courses on the side.
One of the students in her ethics course was a young Henry Watkins. He was struck by her intelligence and kindness.

“She was bright, compassionate, caring—any positive adjective you could imagine, she was,” he said.

“When we got married, I realized ministry was her first love. She wanted to practice ministry full time, so she did,” he said. “She had a very full career. She was very active in the church.”
After moving away from her legal career, and even though women couldn’t be ordained ministers at first, the bishop of their church – Mount Olive Church of God in Christ – ordained Harriet and six other women in 1990, Henry Watkins said.

She became one of six women to become an ordained minister in 1990. As a minister she was allowed to perform weddings, funerals, and other pastoral work. Watkins favorite legal term was res ipsa loquitor: the thing speaks for itself. She remembered the phrase from her first day of law school and had used it often in her sermons, according to a letter she wrote to former law school Dean Thomas Sponsler and a 2012 article by writer Paul Grondahl.

Henry’s work required a lot of travel. As a federal judge, he oversaw dozens of offices. Harriet was often his travel companion.

“We’d fly into Memphis. Rent a car and visit Tupelo and Hattiesburg. Then we’d do the same thing in the Carolinas, Florida, Kentucky. We did a lot of traveling together,” he said. “My job required a lot of travel but I always loved to have her come along.”

The couple retired to Henry’s home state of Arizona, where he still lives. When she first got sick, people from nearly all 31 of his regional offices reached out to offer prayers.

“Generous, selfless. She’d give you what she had if she thought you needed it. Just so giving and kind. I know people say this stuff, but anybody you talk to would tell you the same thing,” Henry Watkins said.  “She was just a wonderful person and spirit. She was never concerned about money or status, she just wanted to help.”