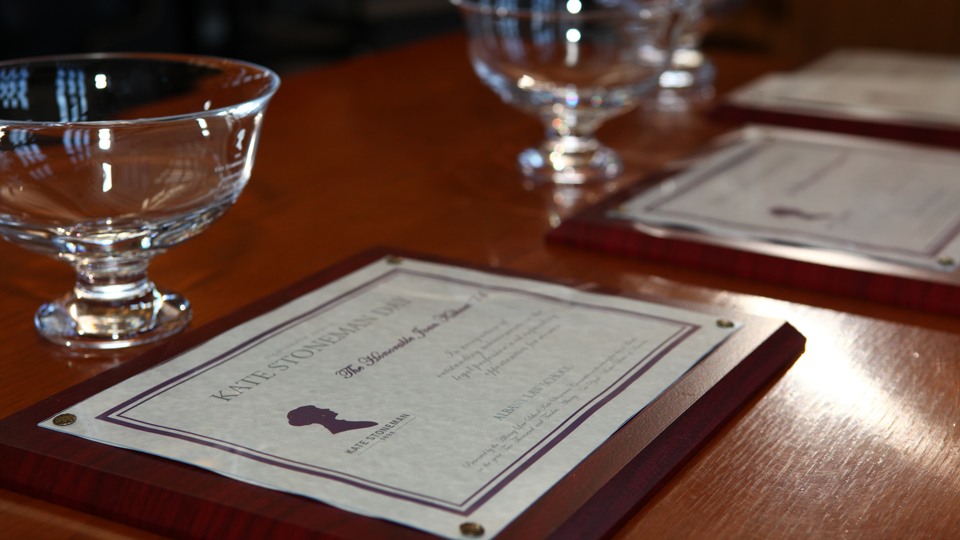 Albany Law School seeks nominations for the Kate Stoneman Awards. The Kate Stoneman Awards are given annually to individuals who have demonstrated a commitment to seeking change and expanding opportunities for women within the legal profession. They have influenced other women to pursue legal careers and have opened doors that historically have been closed to women lawyers.

The awards, which are presented during a ceremony celebrating the pioneering spirit of Kate Stoneman, include the Miriam M. Netter '72 Stoneman Award presented to the keynote speaker and up to two additional Stoneman Awards to individuals who meet the criteria.

If you wish to nominate a qualified individual please complete the online Nomination Form with supporting documents.