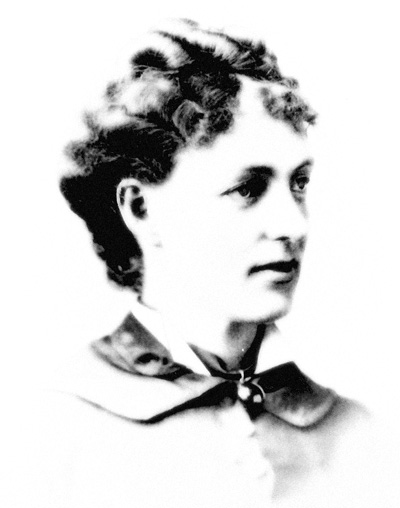 Katherine "Kate" Stoneman became the first woman admitted to practice law in New York, paving the way for thousands who followed. She did so against enormous odds: supporting herself as a teacher, she worked nights, weekends, and summers as a clerk to an Albany lawyer until she graduated in 1898. She was the first woman to pass the New York State Bar Exam, but her application to join the bar was rejected because of her gender. She then launched a successful campaign to amend the Code of Civil Procedure to permit the admission of qualified applicants without regard to sex or race. On May 20, 1886, with the new legislation in hand, Stoneman reapplied for admission to the bar. It was accepted and she became New York's first woman lawyer. Twelve years later, at age 57, Stoneman became the first woman graduate of Albany Law School.

Lifelong Pursuit of Education and Equality 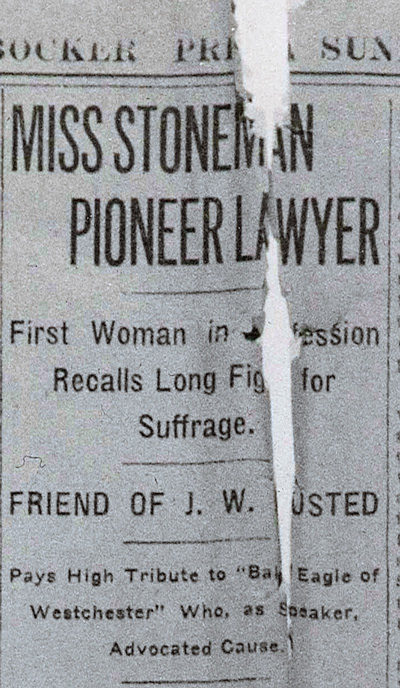 In April 1841, Kate Stoneman was born on the Stoneman farm in Lakewood, New York. Pursuing her ambition to graduate from a teacher's college, Kate left for Albany in 1864 to attend the New York State Normal College, the only state school training teachers for the public schools. While a student there, she worked as a copyist for the state reporter of the Court of Appeals. She graduated in 1866 and began a teaching career that spanned 40 years. She taught one term at Glen's Falls Seminary before returning to her alma mater. There, she taught geography, drawing, penmanship and school law.

In the 1870s, soon after she began teaching, Kate took an interest in women's suffrage. She and other Albany suffragists formed the Woman's Suffrage Society ​of Albany to lobby for the extension of school suffrage to women.

Her interest in studying law began when she was designated executrix of her great aunt's estate. In 1882, she began a clerkship in the office of Albany attorney Worthington W. Frothingham. Stoneman took the New York State Bar Examination in 1886, becoming the first woman to pass.

Months before Stoneman applied for admission to the bar, Assemblyman John I. Platt of Poughkeepsie introduced a bill removing the gender qualifications from Section 56 of the Code of Civil Procedure. The bill had been stuck in the judiciary committee. Stoneman launched a lobbying campaign to dislodge the bill from committee and, over the course of a few days, they secured its passage in both the Assembly and Senate. Stoneman secured Governor David B. Hill's signature on the bill, which then became law.

Admission to the bar did not end Stoneman's pursuit of a legal education. In 1896, she enrolled at Albany Law School. On June 2, 1898, at age 57, Stoneman became the first woman to graduate from Albany Law. She is the first woman to receive a bachelor's degree from any department of Union University.

In addition to her careers as a teacher and attorney, Stoneman continued to play a prominent role in the women's suffrage movement. She participated in the State Suffrage Association's efforts to secure suffrage legislation in New York. She served as State Suffrage Association's treasurer and as secretary of its Albany chapter. In 1918, as a poll watcher in Albany city elections, Stoneman saw New York's women vote for the first time.

On May 22, 1986, New York Governor Mario Cuomo declared the date "Katherine Stoneman Day," honoring the 100th anniversary of her acceptance to the bar.

On March 14, 1994, Albany Law School celebrated its first Kate Stoneman Day, presenting the "Kate Stoneman Award" to women, like Stoneman, who have demonstrated a commitment to actively seeking change and expanding opportunities for women.

In 2000, Albany Law created a Kate Stoneman Visiting Professorship. Seven years later, the Law School changed the position to a permanent chair to commemorate Kate Stoneman's extraordinary achievements, and to ensure that her contributions to society are recognized and continued at Albany Law School by inspiring new generations of students.

Katherine "Kate" Stoneman's was one of 10 women inducted into the National Women's Hall of Fame during a weekend of celebration held in Seneca Falls, N.Y., on Oct. 10 and 11, 2009. They joined the 226 women of the Hall—the first national membership organization to recognize and celebrate the accomplishments of American women who overcame sexism and personal obstacles to achieve greatness.​​​​