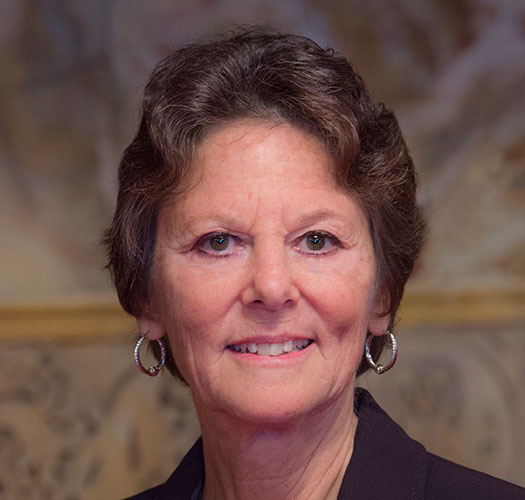 Director of the Government Law Center

The Honorable Leslie E. Stein ‘81, who retired as an Associate Judge of the New York Court of Appeals in June 2021, became the Director of the Government Law Center (GLC) at Albany Law School in September 2021. She also serves as a member of the New York State Board of Law Examiners.

After graduating from Albany Law, Stein began her legal career as the law clerk to the Schenectady County Family Court Judges. She practiced matrimonial and family law with the Albany law firm of McNamee, Lochner, Titus & Williams, P.C. where she made partner. During that time, Stein was elected a Fellow of the American Academy of Matrimonial Lawyers. In 1997, she left private practice to begin her judicial career as an Albany City Court Judge and Acting Albany County Family Court Judge. She was elected to the New York State Supreme Court, Third Judicial District for a term commencing in January 2002. She served as the Administrative Judge of the Rensselaer County Integrated Domestic Violence Part from January 2006 until February 2008, when she was appointed a Justice of the New York State Appellate Division, Third Department. In October 2014, Judge Stein was nominated by former Governor Andrew Cuomo to serve as an Associate Judge of the Court of Appeals and her nomination was confirmed by the New York State Senate on February 9, 2015.

Stein is a past co-chair of the NYS Unified Court System Family Violence Task Force. She was a founding member of the New York State Judicial Institute on Professionalism in the Law and chaired the Third Judicial District Gender Fairness Committee from 2001 to 2005. She has also served on the Executive Committee of the Association of Justices of the Supreme Court of the State of New York, as an officer of the New York State Association of City Court Judges, and as a member of the Board of the New York Association of Women Judges. Stein has lectured and developed curricula for continuing legal education of attorneys and judges on multiple topics. She has a long history of involvement in various state and local bar associations and in a number of other professional and civic organizations. 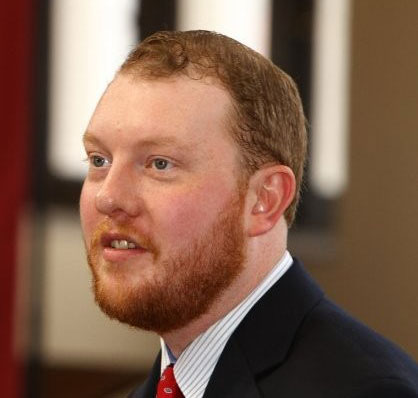 Mr. Woods was Assistant Solicitor General in the Albany office of the Appeals and Opinions Bureau of the Office of the New York State Attorney General. He primarily briefed and argued appeals on behalf of the State of New York in the New York Court of Appeals, the United States Court of Appeals for the Second Circuit, and the Third and Fourth Departments of the Appellate Division.

Before joining the Attorney General’s office, Mr. Woods was the 2015-2016 Supreme Court Fellow placed with the United States Sentencing Commission. During his fellowship, Woods worked with Commission policy teams to evaluate and recommend amendments to the United States Sentencing Guidelines. That year he also researched and published a law review article evaluating a new measure for determining when federal offenders should receive enhanced punishment that was eventually included in the 2018 FIRST STEP Act. Prior to the Supreme Court Fellowship, Mr. Woods Clerked for the Honorable Peter W. Hall of the United States Court of Appeals for the Second Circuit and the Honorable Richard K. Eaton ‘74, of the United States Court of International Trade.

While here as a student at Albany Law School, Woods was valedictorian of his graduating class, Editor-in-Chief of the Albany Law Review, a Teaching Fellow for Federal Civil Procedure, an Executive Board Member of the moot court program, and interned for the Albany County District Attorney’s Office, New York State Supreme Court, and the United States District Court for the Northern District of New York. Mr. Woods’ undergraduate degree is in Philosophy. Before law school, Mr. Woods worked as a paralegal for a law firm specializing in customs and international trade law.

Mr. Woods has published on a variety of legal topics, as well as in a peer-reviewed philosophy journal, and his work has been cited in treatises such as New York Jurisprudence, 2d. 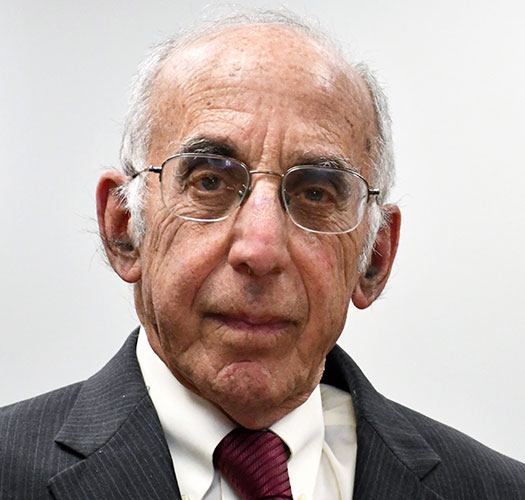 Rifkin received a B.A. from Washington and Jefferson College and an LL.B. from Yale Law School. Since 1984, Rifkin has served as a member of the Chief Administrative Judge’s Advisory Committee on Civil Practice, which recommends changes in civil procedure in New York State courts. He was an adjunct professor at Albany Law School teaching government ethics from 2002–2006. 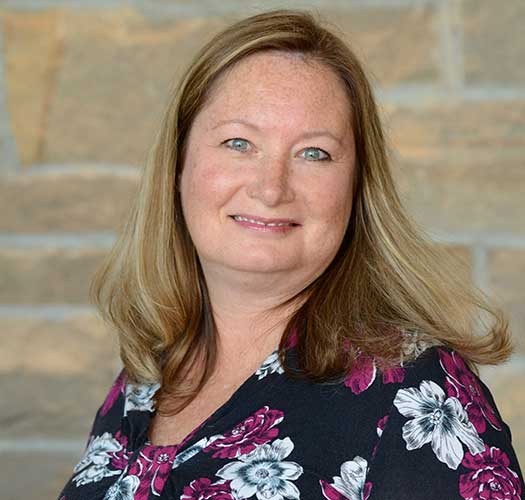 Lisa Rivage has been a member of the Albany Law School community for 24 years where she has been critical in the development of the Continuing Legal Education (CLE) program. Lisa assists multiple departments in providing CLE classes and maintaining the school’s CLE accreditation. In addition to managing CLE operations, Lisa also contributes to the Government Law Center as a program administrator. When Lisa is not providing CLE credits she enjoys spending time with her cats, Frank & Dean, and knitting, spinning and other forms of the fiber arts 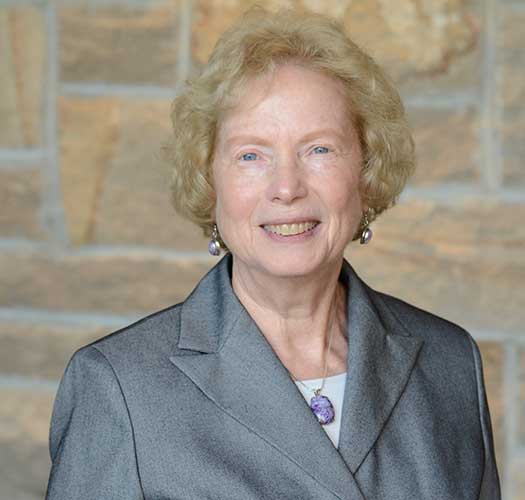 Mary joined the Government Law Center in 2011 when she was first named the Clarence D. Rappleyea Government Lawyer in Residence. She is also a member of the GLC’s Advisory Board and has in the past served on the law school’s national alumni council. She explores ways to enhance the education and training of a new generation of lawyers. In addition, she organizes the Warren M. Anderson Legislative Breakfast Seminar Series, a program which features informative speakers on legal aspects of current public policy issues facing New York State. She works to involve government lawyers with activities on campus.

Mary returned to school as a nontraditional student to pursue a joint degree at Albany Law School and the Rockefeller College of Public Affairs and Policy at the University at Albany. At graduation she was awarded the Government Law Center Prize from ALS and the Citation for Excellence in Labor Relations from Rockefeller College.

In addition to her NYS service, she has worked in various governmental capacities since high school when she taught swimming and was a life guard at a city pool, to teaching health education and mentoring inmates, running a group home for delinquents for a town, to serving as a citizen diplomat with the International Visitor Leadership Program of the US State Department.

Along with the GLC, her current volunteer experience includes moderating candidate events with the League of Women Voters. She has served on the Committee on Attorneys in Public Service with the NYS Bar Association and also serves as a judge for the US Constitution competition “WE the People” with NYSBA’s Law Youth and Citizenship Program. She hosts visitors from foreign countries with the International Center of the Capital Region. 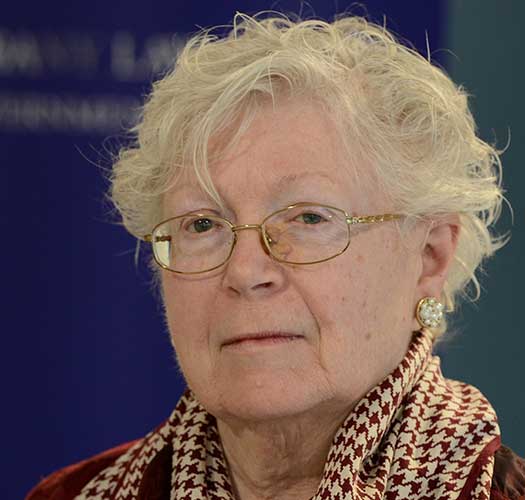 Rose Mary Bailly, Esq., oversees the Institute for Aging and Disabilities Law at the Government Law Center at Albany Law School.  She is also an Adjunct Professor of Law at Albany Law School.  She is the co-author of FINANCIAL EXPLOITATION OF THE ELDERLY (CIVIC RESEARCH INSTITUTE 2007) and author of Thomson West’s Practice Commentaries to Article 81, New York Mental Hygiene Law, and Article 5, title 15 of the New York General Obligations Law, powers of attorney. She has also authored numerous articles on guardianship law, powers of attorney, and elder abuse.  Ms. Bailly served as Executive Director of the New York State Law Revision Commission for sixteen years and has also worked as an attorney in the private sector. Ms. Bailly is a member of the American Bar Association, Real Property and Probate Section and the New York State Bar Association Elder Law & Special Needs Section, and Disability Rights Committee, and a Fellow of the Brookdale Center on Aging of Hunter College.  A graduate of Fordham University School of Law, she served as a Commentary Editor for the Fordham Law Review. 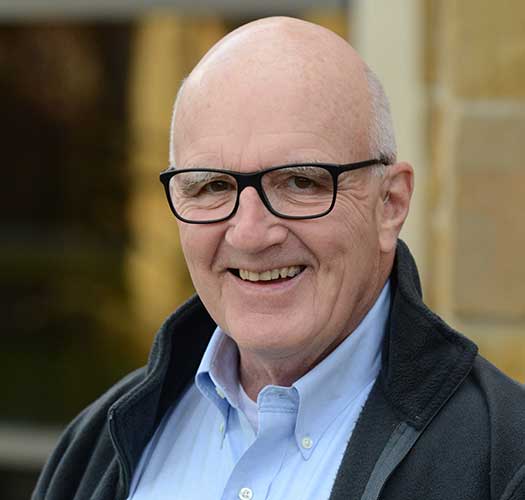 He teaches classes in Federal Indian Law and the summer field placement class, and has taught State Constitutional Law in the past. He served in various legal positions in New York State government between 1976 and 2003 where he specialized in municipal law, administrative law and government regulation.

From 1978 to 1995, he served as a liaison between New York State and the governments of various Indian nations, and represented the State in negotiations on many issues, including land claims and gaming compacts. 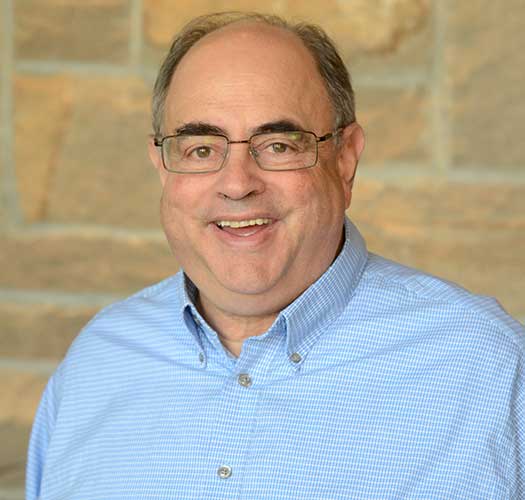 Bennett Liebman is a Government Lawyer in Residence at Albany Law School and an adjunct professor of law.

He worked for Mario Cuomo while Cuomo was Secretary of State and served as his Counsel when he was Lieutenant Governor When Cuomo was elected governor in 1982, Bennett became his Special Deputy Counsel handling ethics matters, Freedom of Information Law questions, and many other issues. Beginning in 1988, he served as a member of the New York State Racing and Wagering Board for more than a decade, including a term as its Acting Co-Chair. He concluded his government service in 2014 after three years as Deputy Secretary to the Governor for Gaming and Racing. At Albany Law School from 2001-2011, he worked at the Government Law Center as the Coordinator of its Program on Racing and Wagering Law and as the Center’s executive director.

In 1997, he received the Distinguished Service Award from the University of Arizona Race Track Industry Program and was the recipient of the Excellence in Public Service Award in 2010 from the New York State Bar Association. 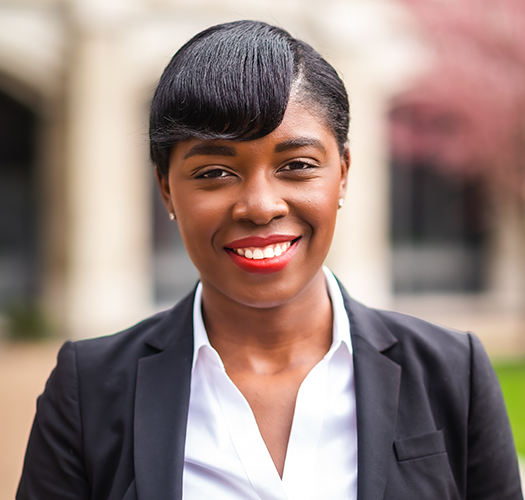 The Government Law Center at Albany Law School (GLC) is pleased to announce the appointment of Michele Andre as Program Manager of the City of Albany Community Police Review Board (CPRB).

Established in 2000 and supported by the GLC, the CPRB is an independent body tasked to improve communication between the city and its police department, increase police accountability and credibility with the public, and create a complaint review process free from bias and informed of actual police practice.

In this position, Andre will be the GLC’s primary liaison to the board to help it fulfill its mission, including managing the board’s work, processing complaints, overseeing student research, and participating in community outreach and education.

"Michele has demonstrated an understanding of and commitment to the CPRB’s mission. Her dedication to police reform and her ability to problem-solve and identify process improvements make her invaluable. We are so pleased to be working with Michele.” said Nairobi Vives, Esq. ‘12, Chair of the CPRB.

“Michele is a highly organized problem solver who can work both independently and with the CPRB's multi-disciplinary team while meeting tight deadlines without compromising the quality of work that the organization is doing,” said the Honorable Leslie E. Stein ‘81, director of the Government Law Center.

While earning a bachelor’s and master’s degree in Criminal Justice from the State University of New York at Albany, Andre was a Session Assistant and Press Secretary for NYS Senator Ruth Hassell-Thompson in 2016.

After serving in the City of Albany’s Office of Corporation Counsel for over a year, Andre joined the Albany Common Council as a Legislative Aide in 2018, where she was a liaison between city departments and Council members.

She received the 6th Ward recognition during the 2020 African American History Month Celebration for improving Council operations and enhancing transparency and public accessibility to Council deliberations. During her tenure, the Council received an ‘A’ grade from the New York Coalition for Open Government for complying with the open meetings law and allowing public comments during regular meetings.

In early 2021 and previous to her current position, Andre joined the City of Albany Office of Audit and Control. While there she completed audits, provided oversight to the utility accounts, and organized the first Ready. Set. Goal! youth program to link Albany youth to economic opportunities. She also worked on COVID-19 response efforts to eliminate racial and ethnic disparities in vaccine distribution.