The M. Shanara Gilbert Award—one of the most prestigious national honors in clinical legal education—recognizes an emerging clinician for commitment to teaching and achieving social justice and providing legal services and access to justice to those most in need.

Professor Rogerson accepted the award at the Clinical Legal Education Conference in San Francisco. She is the second recipient from Albany Law School; Professor Melissa Breger received the award in 2005.

"We are so proud of Professor Rogerson, a tireless advocate for justice and a force in legal education," said President and Dean Alicia Ouellette. "Through her work with the Immigration Law Clinic, she not only has made an impact on the lives of countless clients and students, but also has set the bar for Albany Law School's excellent clinical program."

Professor Rogerson has led the Immigration Law Clinic—part of The Justice Center at Albany Law School—since its founding in 2015. Since then, the Immigration Law Clinic has become a vital entity in Albany and New York State, providing free legal services to undocumented immigrants who seek a lawful path to citizenship based on humanitarian grounds, such as asylum, domestic violence, or special visas for unaccompanied children and crime victims.

Notably, Professor Rogerson and the Immigration Law Clinic led a rapid-response coalition—the Detention Outreach Project—that provided legal aid to more than 300 migrants who were detained at the southern U.S. border and transported to the Albany County Correctional Facility in the summer of 2018. Many of the detainees were released to pursue their asylum claims; the project's success rate for the Credible Fear Interview stage was well over 80 percent, much higher than the national average.

As part of the Detention Outreach Project—a collaboration of the Immigration Law Clinic, The Legal Project, the New York Immigration Coalition, and the Albany County Sheriff's Office—Professor Rogerson helped mobilize and train volunteers to conduct early stage interviews. Students in her clinic played a critical role in interviewing recent arrivals, checking in with those who had received positive or negative results of their interviews, and providing general legal information about the detention and immigration process. Professor Rogerson, The Justice Center at Albany Law School, and the Detention Outreach Project's other lead organizations have received several awards for their efforts.

Professor Rogerson's recent publications include: "Sovereign Resistance to Federal Immigration Enforcement in State Courthouses" in the Georgetown Immigration Law Journal; and "The Politics of Fear: Unaccompanied Immigrant Children and the Case of the Southern Border" in the Villanova Law Review. She is also a regular contributor to WAMC's award-winning show "The Roundtable," a daily conversation about pressing issues in the news.

• 'A Lifeline for Many': The Justice Center Featured in Albany Times Union

The Health Law Clinic within the Justice Center at Albany Law School is part of a trio of organizations that has received nearly $1 million from the... 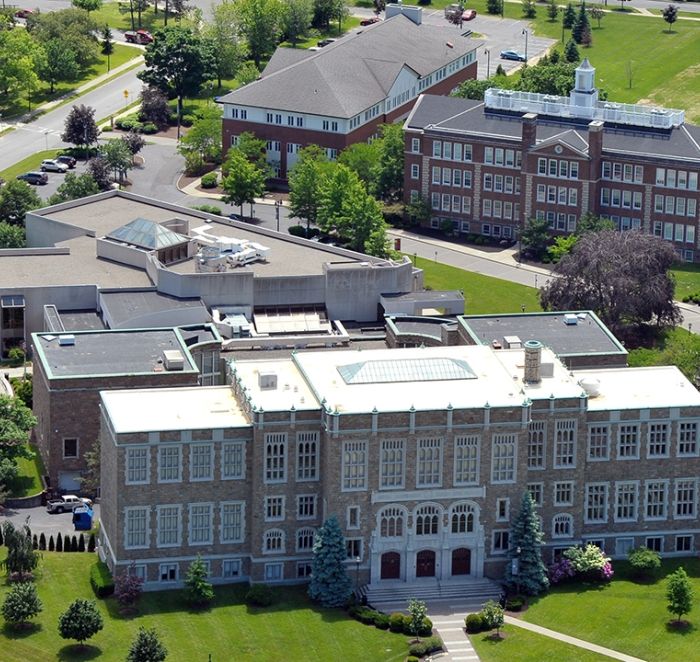 Albany Law earns A+ for Practical Training from preLaw Magazine, Ranked No. 17 in Nation

Albany Law School earned an “A+” rating and is ranked 17th in America on preLaw magazine’s “Best Schools for Practical Training" list. The magazine...