Albany Law School welcomed a robust incoming class and celebrated a return to full in-person learning. Though masked, the excitement could be seen in the eyes of all the incoming 1L and non-JD students alike.

Of the 218 incoming students, 196 are entering the J.D. program in the Fall and 22 began in January. An additional 27 non-JD students will begin in 2021: in the MSLS, ILLM, LLM, and Certificate programs.

More than 1,400 individuals applied to the J.D. program, an 18% increase from last year. This larger entering class has also earned increased LSAT and GPA credentials compared to prior years. 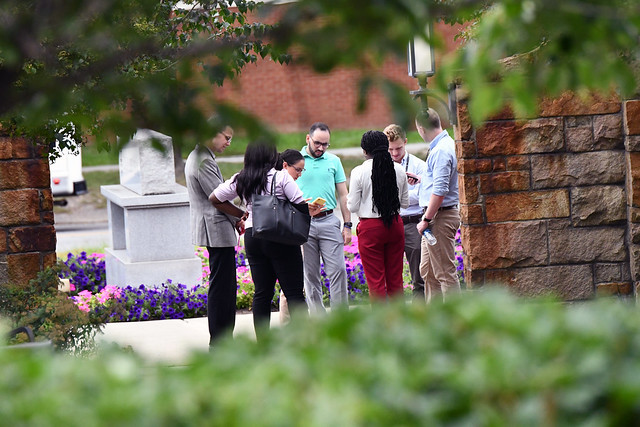 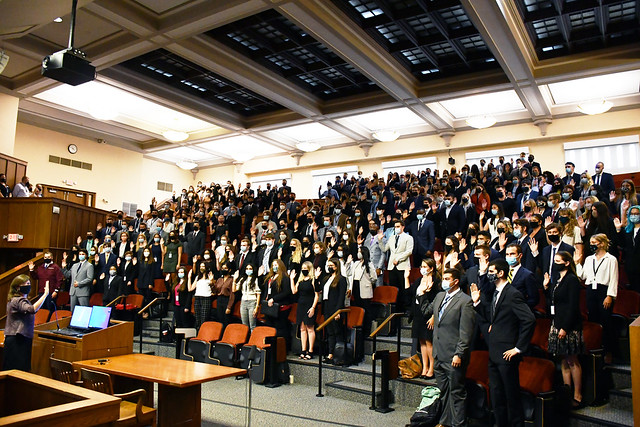 Orientation kicked off on August 18 with a welcome by Assistant Dean of Admissions Amy Mangione, as well as an address from President and Dean Alicia Ouellette ’94, and keynote from Robert L. Capers ’96,

In the afternoon, the new students participated in Lawyers as Collaborators:  The Great Game, an app-based, escape room style challenge that served as an opportunity to get acquainted, work together, and become familiar with campus.

On day two, students attended sample classes and Cultural Competence and Why It’s Important, a session led by Alex-Marie Baez ’20, the law school’s Diversity, Equity, and Inclusion Fellow. They  also met and mingled with the Career and Professional Development Center staff and alumni, and attended the following sessions

Albany Law School is proud to welcome a new group of Government Law Center Interns. The new students, who started in June, include two Anderson...